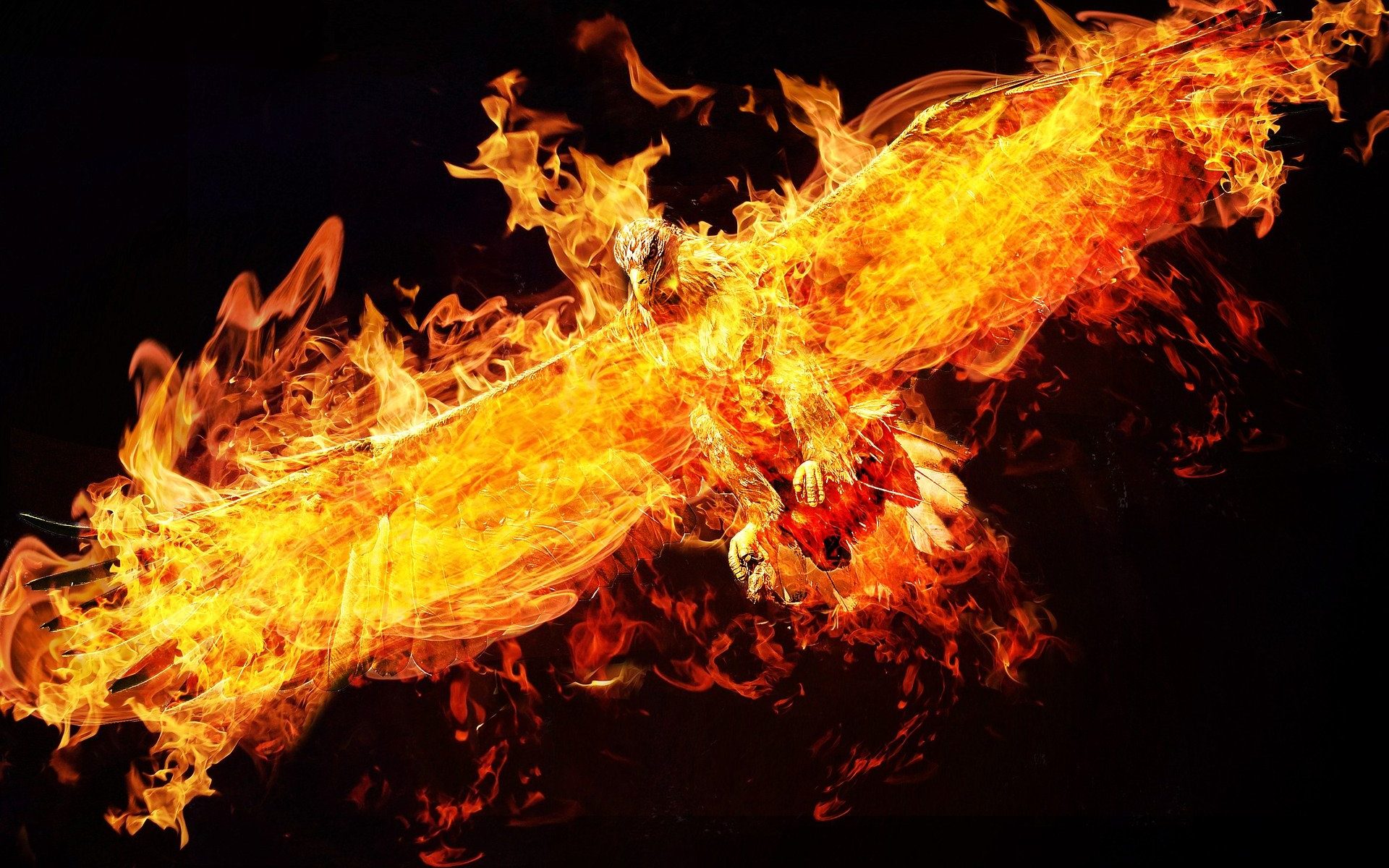 Awhile back I was speaking to a friend and mentioned the concept of “Layers of Meaning” which an author can use to convey more complex ideas or concepts. I could tell from the reception that she didn’t really understand it, and I did a poor job of explaining. Something as simple as a title can be immensely complex with the right perspective. Take the title of this short piece, The Vanishing Part, as an example.

I could be referring to the process of getting older, many writers have commented on how the aged slowly become more invisible as they age, mainly because the young are conditioned to increasingly ignore them. While not true invisibility it stands in for the concept, as what is invisibility without the relative perception of others?

There are other plays on aging; the disappearance of muscle mass, color of the hair, clear unwrinkled skin, clear and brightly colored eyes, many other things. In this context, the vanishing part could be the process of losing those things.

Along the same lines, it could simply reflect an impending haircut which eliminates the length of hair necessary to make a successful part. That could be a lifestyle choice or a succumbing expedient response to a receding hairline.

How about the social? What if it really refers to an upcoming divorce and the vanishing part refers to what is being elided from your life? Or take that a bit further, and make it self-referential, detailing how you plan to vanish slowly from a social circle that has been outgrown or made redundant.

What if it is vanishing from your current identity completely? The dismantling of an entire self in fire until there is nothing left to find. Perhaps a phoenix then rises up with bright new feathers to live a completely different life. The concept has a bright appeal for anyone with regrets, and who does not have regrets?

Take Samuel, a sixty-something with three solitary children and a second wife. For some time he has wondered whether his continued presence and the playing of his role signifies a marked lack of ambition on his part. In the end analysis, he subjugated his own desires to serve those closest to him for more than 25 years and continues to do so in a gradually reduced capacity.

The children have flown the coop as children do, and who would want it otherwise? Not Samuel. So far the children have not fallen into the long haul of having children themselves, so there isn’t much call for being a grandparent. Samuel is secretly happy he hasn’t had to engage, children are so messy and a pain in the ass if you view it objectively. Samuel is beginning to see many things objectively.

His second marriage has changed, as all marriages do given a surfeit of time. His wife has developed extreme hearing problems, which require the use of hearing aids when working. At home alone with him, she never wears them. Samuel has caught his wife nodding at verbal points he didn’t make, and laughing at jokes she didn’t get, almost knowing him well enough to complete the deception. Almost. He talks to the dogs now, and they understand most of what he says. Most.

Dogs are the one thing which ties Samuel to marriage and home. Two old rescue girls, whose crowning joys are his weekly dog-food making chores and the twice daily walks around their Florida neighborhood. Conveniently their street makes a 1 mile loop and, since the girls are older now too, seldom is more than one lap needed.

Samuel’s wife has taken up with a cabal of divorced friends from the tennis club. Occasionally, he catches her looking at him with a slight curl of the lip. As though she has discovered something unpleasant, marring her otherwise perfect home. Samuel would ask after it normally, but invariably her hearing aids are not installed, and communication would be an exercise in futility. Even if she could hear him ask “What’s wrong?” the answer would likely be the usual “Nothing.” Samuel feels as though he is becoming the nothing she refers to. So the questions are best kept to himself.

One day, on his walk, he passes a home whose lawn is seldom mowed. The edge, even when mowed, impinges on the straight line of the sidewalk itself, uncut being underneath the blades of their mower. On a whim, Samuel reaches down with his hand and trims the grass for one sidewalk rectangle, flinging the cut grass back onto the lawn for its eventual absorption.  Taking a few more steps, with two impatient dogs, he looks back at the newly anomalous straight line in the one section of sidewalk. Nodding as if in agreement with something only he hears, he turns and continues around the block.

That night, Samuel tosses and turns, with fevered dreams he later cannot remember. His wife lies on her back unmoving and unaware, miles away on the other side of their memory foam bed. Once in jest he had bought some lilies and placed them within her hands as she slept. The next morning they were still there, a joke she did not appreciate when she woke from her own rest.

Samuel wakes up and goes to the kitchen to start the morning coffee. The girls, after a short visit to the backyard, are in full lobbying mode for their breakfast. Samuel eats his oatmeal, drinks some coffee, and cleans up a bit prior to taking the girls out for their morning walk. Strangely, he can’t wait to see the place where he trimmed back the grass, to see how it looks with a day elapsed. As he turns the corner, the section with its clean edge is immediately obvious and oddly pleasing. Without giving it much thought, he reaches down once more and trims another section of sidewalk before continuing on his way.

The next few days, he trims more and more until the entire section is clear and clean. The areas where it has started to regrow, he retrims. Each day he knows it will be there and it gives him pleasure to see it, although he would have a difficult time identifying pleasure’s source. Perhaps the imposition of order where chaos once ruled, or perhaps something which owes itself solely to his continuous existence.

Lately, he has become concerned about a growing lump on his neck. It isn’t like anything he has seen before, but doctors remain reluctant to be convinced via teleconference. Getting an in-office appointment requires a heroic quest of its own, but eventually it’s arranged. Cancer found in the right tonsil, followed by immediate surgery to remove it and plot a course forward. Samuel’s wife and her silence continues, she’s willing to help out pro forma, but doesn’t really have the time. She provides transportation to the surgery center and back once, but proves too busy to do anything else. Duty, not love, where only love will do. Her view is that his cancer is easily survivable and nothing much to worry about. Perhaps.

Cancer, a club no one wants to join, but once in you find only other members understand the scope of the changes. Kindred spirits on their way to vanishing as well.

Treatment is seven weeks of daily radiation, mostly to the right side of his neck, with a weekly dose of chemotherapy as an adjunct. Samuel drives himself to treatments every day, and sits for the five hours of chemotherapy once a week. Samuel has only told his children of his condition, his relatives are mostly religious, and he doesn’t have the patience to endure last minute proselytizing. Even less than usual, patience vanishing.

In treatment, Samuel’s verbal responses are automatic, engaging on a superficial level. Everyone is wearing masks due to COVID, but patients wear the additional mask of giving caretakers the responses expected. Weight is melting off his frame steadily, fat, muscle, and bone density. Vanishing. He’s moved into the guest bedroom, because his getting up in the night disturbs his wife.

Samuel still walks daily with his dogs, and trims the sidewalk every day with his own hands – maintaining its order and rightness. No one seems to notice except for him, maybe the works of his hands are also vanishing.

After treatment concludes, radiation and chemotherapy have had their way. His hair, which wasn’t all that full to begin with, has fallen out in patterns reflecting radiation exposure. One benefit, his neck no longer needs to be shaved, but the absence of hair detracts from his usual look. He books an appointment with his barber, who initially balks at the request for a clean sweep. She comes around as she sees what hairline is left, works, and jokes there is no need for a part anymore when finished. His part, vanished.

When Samuel got home, he knocked on the door of his wife’s office. When she is listening, with hearing aids installed due to the workday, he asks for a divorce. A marriage, vanishing.

Three months later, living alone in a townhome, he books a mover to complete vanishing. Nothing left but the essentials, it’s time to finish. Bathing in the flames of his past, he works to complete a transformation. Vanished.

Who is the person with bright eyes, in a new city, a blank slate of friends – ready to be defined? Surely nothing so simple as Samuel.