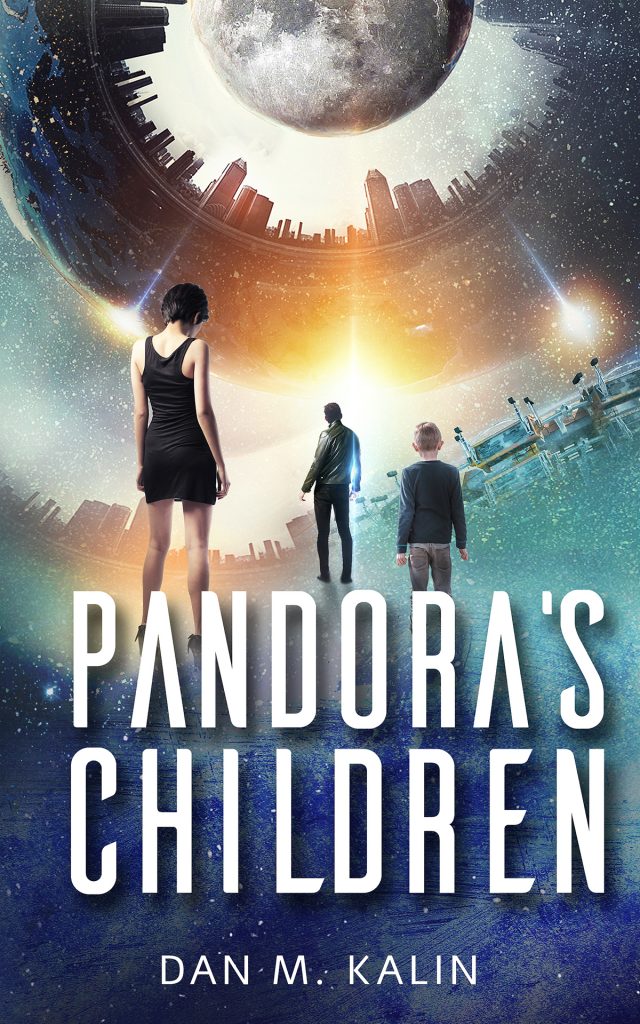 COMING NEXT:
Extraterrestrials have landed on Earth, proven to the world’s governments their invulnerability to all human defense technologies (in a non-offensive manner), and subsequently offer their services to all mankind. The aliens choose the name Pandorans for themselves, based on their analysis of human culture and history. However Pandorans will only serve individuals, not governments or other groups. In short, they become a person’s butler/protector/genie, able to deliver on almost any client request with their advanced technology. Pandorans also protect their human clients against all forms of coercion or threats.

As the human world digests the cataclysmic social change, governments lose their reason to exist and the power to enforce their collective wills. A key group (which includes a former US President, Nuclear Sub commander, polymath scientist, sociologist, and a full cast of furry friends) have misgivings; asking what do Pandorans get from the deal? A small crew sets off across the galaxy to find some answers and perhaps learn where the Pandorans originate.

Pandora’s Children provides one response to the thought experiment; how could an ethically-advanced culture, which eschews violence, engage in aggression or war?