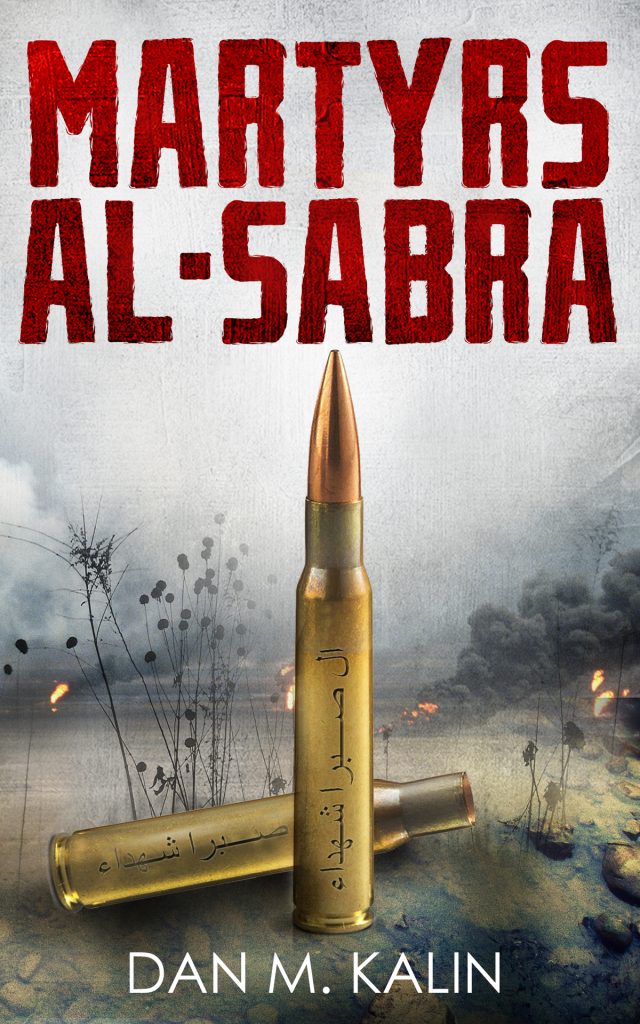 Book One of the Martyrs series is set after the Presidential Election in 2020, when the first woman is elected President; a new group of terrorists are targeting America and her administration. Led by a shadowy figure known only as “The Hammer of Islam”, they take their name from a 2006 massacre of Palestinian schoolchildren in Gaza City, the Martyrs al-Sabra. When the Martyrs make good on their attack threats, the country is torn apart.

Farid Monsour al-Haj is a Palestinian orphan who was adopted and raised from the age of five by one of America’s elite families. Growing up in Northern Virginia, Farid attends the finest schools and is a success in all he attempts. Throughout it all, Farid is encouraged to maintain his cultural identify by his adoptive parents, the Royces. He now works as a television news personality, helping explain the daily news from a Muslim point of view. Farid is increasingly torn between the demands of his Palestinian heritage and those who welcomed him into the mainstream of America.

{For a signed/inscribed print copy purchased directly from the author, click here}