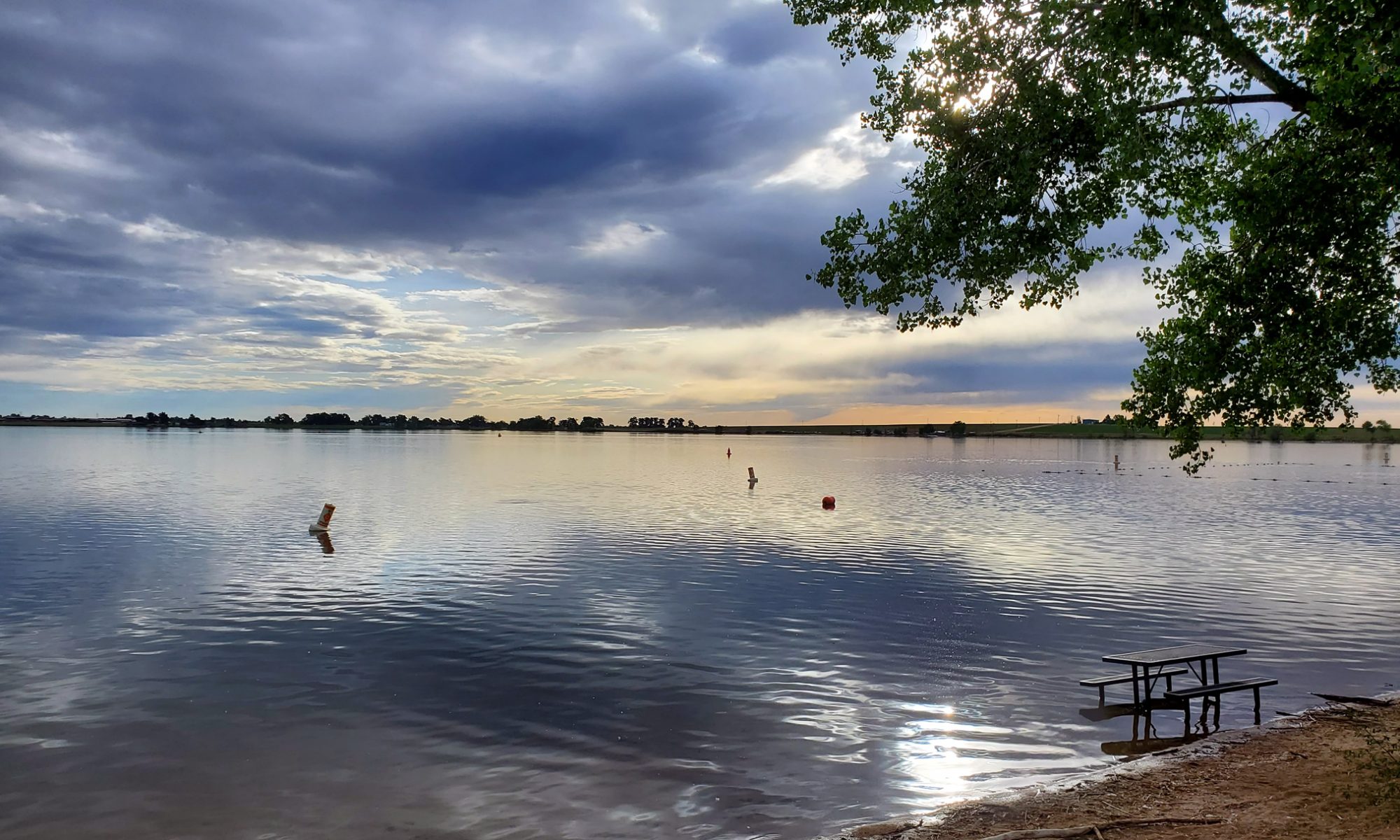 Father’s Day started with a bang at 8 am, Sarah and I participated in the 2022 Mountain Swim Series – Solstice Swim 1.2 mile race in Union Reservoir, Longmont. 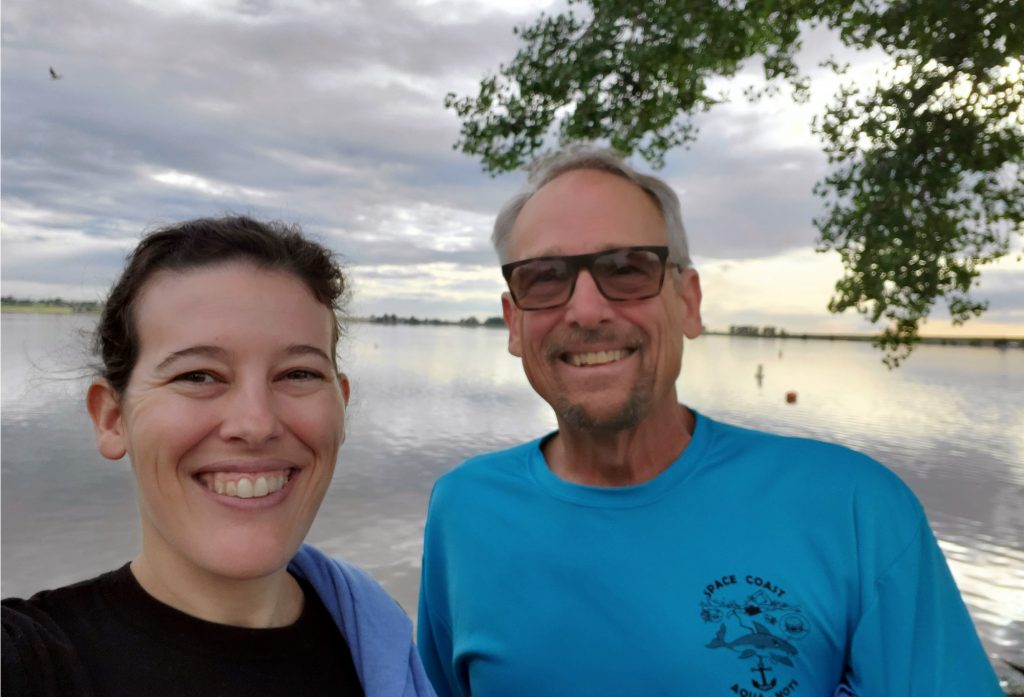 As one of the two codgers (over 65 years old) in the race, I did pretty well in relative terms. Objectively, the race organizers didn’t properly lay out the course and it was significantly shorter than the nominal distance stated. (the winning times would have set world records if the distance had been correct) So my times were better than expected but the distance wasn’t credible. My results are here, which even has a link for my video finish. The organizers screwed up the awards too, as I actually placed second rather than the 3rd one given to me. 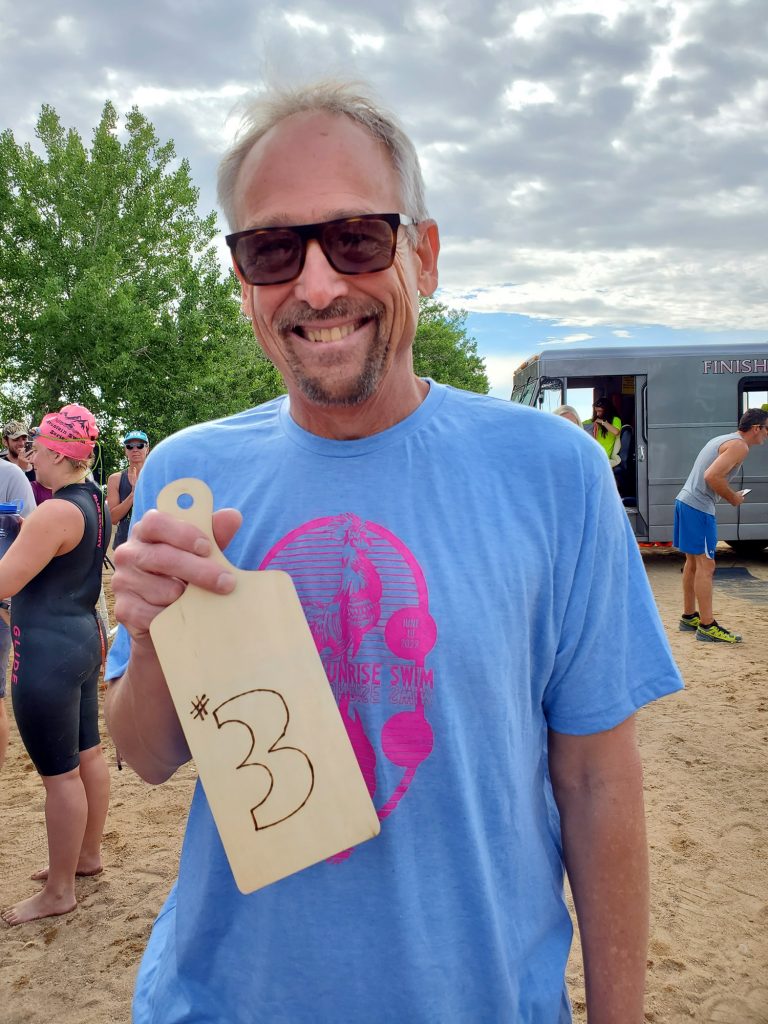 After the race, we met up with a friend and enjoyed a great brunch. We met this fellow waiting in the line. 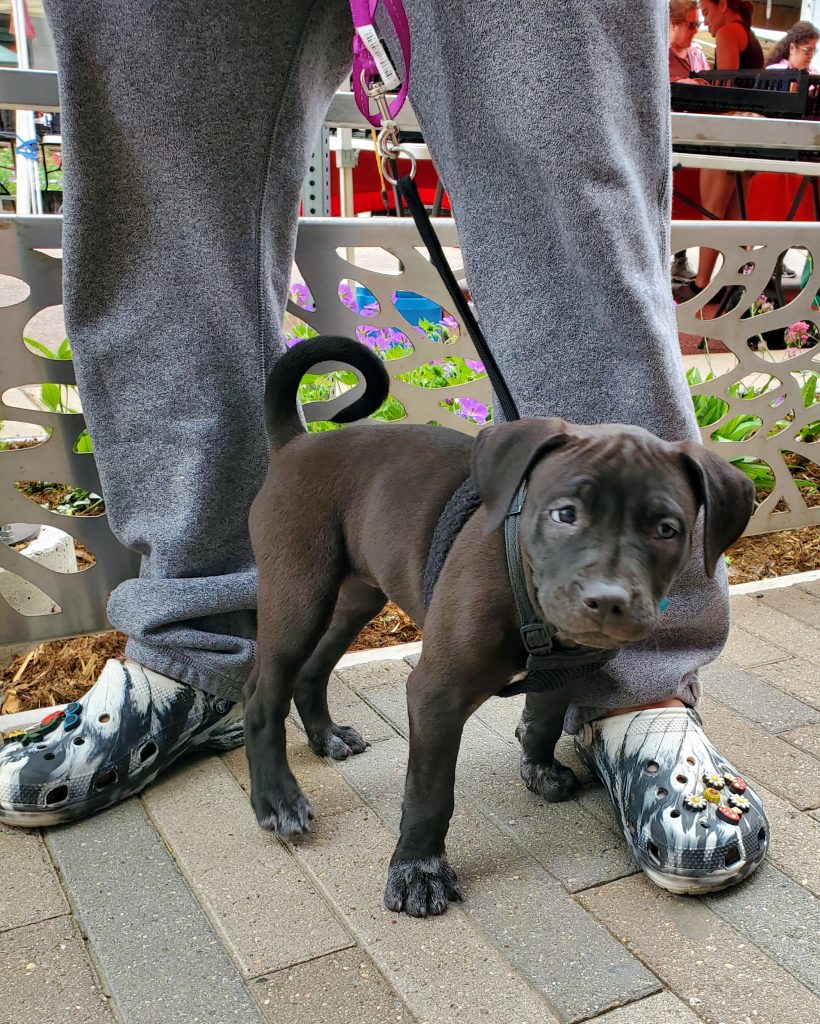 After a nap, I rejoined my friend for a City Park Jazz Concert picnic with Hazel Miller headlining. What a great day!